Home About The Founder John Armitage 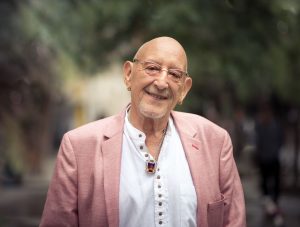 Born in Yorkshire, England in May 1945, John was a healer from childhood onwards.

Being unable to read, write or even speak easily as a child, his ability to interact and communicate with angels and other non physical beings remained strong from childhood onwards enabling him to become a powerful channeler in adulthood.

He has led what he himself terms 'an interesting life' with a wide range of experiences like for instance training to become a Hindu Brahmin priest for a number of years in India. His activities in healing and complementary medicine however remain a theme running through his entire life up to now.

He has a bachelor's and PHD in Homeopathic medicine, has broad knowledge of crystals and therapeutic uses they can be put to. He has access to vast stores of knowledge because of his ability to channel information from other beings who he regards as close personal friends.

In the early 90's John agreed to take on the project that we now know as New Paradigm Multi Dimensional Transformation (MDT) and is as such the founder. In an incredibly short space of time the energies have been shared with upwards of 5 million people according to Germain the sponsor.